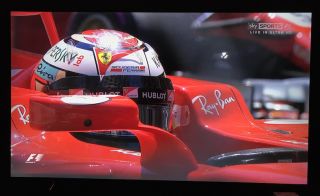 Sky is planning a major overhaul of its sports channels, including rebranding them and offering cheaper packages.

According to The Guardian, Sky will replace its numbered channels (Sky Sports 1, 2, 3 etc) with ones themed around individual sports, similar to the existing Sky Sports F1 channel. The channels will reportedly be called Sky Sports Football (which will have two channels), Sky Sports Golf and Sky Sports Cricket. A new channel called Sky Sports Arena will show other sports including rugby and tennis.

The Guardian claims Sky will also offer each channel individually, with the cheapest package starting at £18 a month.

This not only allows Sky to reduce its prices, the company can also determine how popular each sport is, and hence how valuable the rights to major events are.

The cost of live Premiership rights has skyrocketed in recent years. Two years ago, Sky shelled out £4.2bn for the live rights to Premier League matches - that's 83 per cent more than it paid for the previous multi-year deal. However, despite the introduction of new technologies such as 4K and split-screen, viewing figures for football as a whole have declined.

Some analysts think Sky is falling victim to the rise of streaming services like Netflix and Amazon Prime Video, which offer unlimited viewing for as little as £6 a month. Though neither focuses on sport, Amazon does offer live action courtesy of Eurosport Player, which you have to pay extra for.

Sport - especially Premier League football - has been seen as the one area where streaming services can't compete with the pay-TV providers such as Sky and BT.

Facebook to invest millions in producing its own TV shows