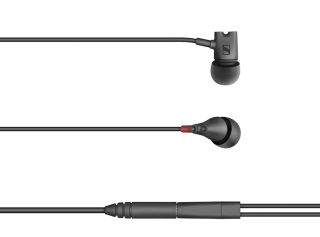 The elephant in the room, however, was their £600 price - so the news that the IE 800 S model will retail at an eye-watering £870 when they go on sale later this month, is an even harder pill to swallow.

Still, if they maintain their predecessor’s legacy, they should find an audience (however small it may be).

They still employ Sennheiser’s dual-chamber absorbers and feature ceramic housings, the latter of which has been treated to a refreshed black matte finish – although by comparing images, we think the biggest visual difference lies with the black (as opposed to patterned) cable.

Speaking of which, the standard 3.5mm cable is joined in the box by 4.4mm Pentaconn and 2.5mm balanced connectors, and a leather case.

The IE 800 S in-ears should hit shelves this month and hopefully reach our test rooms soon after. In the meantime, we're going to repeatedly wash our hands in order to be ready for them.