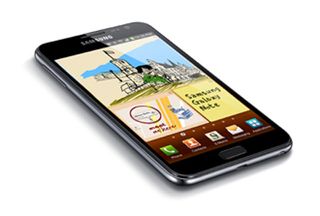 It's official. Samsung has confirmed it will launch the new version of its Galaxy Note smartphone on August 29th at the Samsung Mobile Unpacked event in Berlin.

That's a couple of weeks before the anticipated launch of the new iPhone 5 from Apple, which is widely tipped to launch on September 21st with either a 4in or 5in screen, if the rumours are to be believed.

The Samsung event will take place just before the opening of the IFA European consumer electronics trade fair in Berlin.

Media outlets in South Korea are reporting that the new Galaxy Note could have an unbreakable, 5.5in display (slightly larger than the current one), plus a faster processor and better camera.

Samsung and Apple are battling it out in the smartphone and tablet market, and have recently been suing and counter-suing each other over various alleged patent infringements.

Samsung is estimated to have increased smartphone shipments to 50.5 million in the April to June quarter of 2012, nearly double the 26 million iPhones sold.