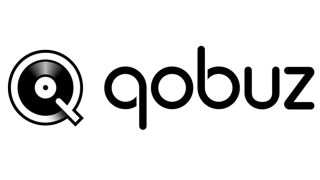 Qobuz has shown MP3-quality music the hand, making it the first music streaming service to turn its back on lossy formats altogether.

Instead, the French company has launched a limited-edition subscription with unfettered access to its lossless archives called Studio Premier which sits alongside the top tier Sublime+ package. Every other plan will be phased out.

Studio Premier will only be offered to the first 100,000 customers who sign up before 31st January 2020. It brings access to Qobuz's library of over 40 million CD lossless tracks and more than 210,000 hi-res albums which it claims is the largest such collection in the world. It costs $14.99 per month ($149.99 for a year) with the first month free.

"Studio Premier is a special offer we’ve been dying to make," said Qobuz managing director, USA, Dan Mackta. “MP3 is really bad for music, artists, and listeners - so Qobuz is saying ‘no’ to MP3 and now offers only real studio quality in one accessible plan."

The move cements Qobuz's position as a service for high-quality music lovers, competing with the likes of Tidal and Amazon Music HD.

Current Qobuz Hi-Fi and Studio Monthly customers will be automatically transferred to Studio Premier when their subscription is renewed, which means a £5/$5 saving. Premium Monthly users will need to make the switch manually before the January deadline when access will cease.

Those wishing to make the jump to Sublime+ instead ($249.99 per year) will get a very similar service to Studio Premier but with the bonus of discounts on purchases from the Qobuz Store.