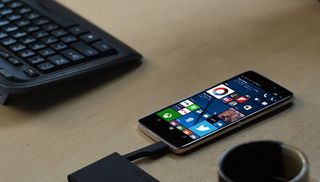 Microsoft's vice-president Joe Belfiore has announced that Windows Phone will no longer receive new features or updates, and there will be no more new hardware for the range.

He said the company had abandoned the platform, despite trying "very hard" to incentivise app developers. "We paid money, wrote apps for them, but the volume of users is too low for most companies to invest,” he continued.

The news won't come as much of a surprise. In 2016, Microsoft cut 7,800 jobs to refocus its efforts on Windows Phone after acquiring Nokia in 2014 for $7.2bn, but struggled to get customers to change their existing hardware.

Apple and Google dominate the mobile phone market - the former through products like the iPhone 8 Plus, while the latter can diversify through its own hardware such as the Pixel (and upcoming Pixel 2), as well as owning the software on other flagship smartphones including the Galaxy Note 8 or the LG V30.

Belfiore confessed that he had switched mobile platforms and, in an interview with Fox News Sunday, revealed that Bill Gates had also moved to an Android phone with “a lot of Microsoft software” on it.

The future for Microsoft on mobile could lie in Android launchers - preloaded software that arranges home screens, installs software and accesses an array of features.

The company recently released an update for its own Android Launcher (aptly named "Microsoft Launcher") that lets users to transition between viewing photos, editing documents and reading websites on mobile and on their PC.

By tapping on files on the homescreen you can trigger them to launch on your PC, which is useful for Android users in Microsoft's software ecosystem.

Whether this has a wider appeal remains to be seen, but with Microsoft's own software providing rival functionality and integration to Apple or Google's native apps, the company could make its mark by becoming the go-to software provider on both platforms.

Microsoft Xbox One X hands on