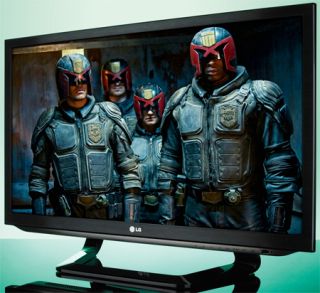 LG is further improving its smart TV offering with the addition of music services Napster and Deezer, and the subscription Eurosport Player, to its 2012 range. It is also offering new customers who buy an LG smart TV before December 24th £50 of Acetrax Movies credit.

Anyone with a 2012 LG smart TV will now get access to more than 17 million songs on Napster, and a single subscription will also enable users to enjoy Napster's music catalogue on smartphones and computers as well as their televisions.

Deezer will also be available via subscription this festive season, as well as Eurosport Player.

The latter provides subscription access to live simulcasts of the Eurosport channels, including major sporting events such as the Australian Open in January and the 2013 Tour de France.

In addition, LG offers the latest Hollywood 3D films through its 3D World app, such as Brave, The Nightmare Before Christmas and G-Force.