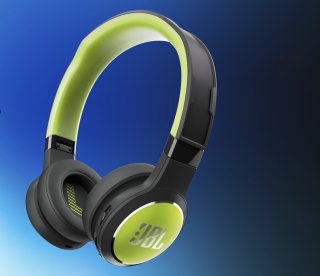 Whenever we test wireless headphones, battery life is both of paramount importance and a perpetual concern. Wireless headphones can only last so long even on a full charge, and, if you're conscious about your carbon footprint, plugging in to re-juice saps the electricity we're supposed to be conserving.

JBL believes it has found a way to help audio lovers implement greener habits while offering "virtually unlimited" listening – and it's asking for your input to make its first solar-powered headphones concept come to fruition.

How do the JBL Reflect Eternal on-ears work? According to the Harman brand, it's thanks to Powerfoyle, a light converting material from Swedish company Exeger. This material draws energy from indirect and indoor light as well as the sun, so unless you're someone who only uses your cans in complete darkness (hey, we're not judging), your headphones will always be charging. JBL claims that 90 minutes of outdoor wear is enough for 68 hours of listening if you're starting with a fully-charged battery, and two and a half hours outside with them per day should equal virtually unlimited playtime. So, even in less sunny climes (hello winter in the UK), there's every chance you won't actually need to plug them in. There is a USB-C charging port, however; a 15-minute charge gives a claimed two hours of playback time – good for backup.

Otherwise, you've got 40mm drivers, hands-free calling, JBL's Ambient Aware and TalkThru technology (as seen in the five star JBL Reflect Flow in-ears) multi-device pairing, control over your voice assistant of choice, an IPX4-rating and a choice of red or green colourways.

JBL's campaign is currently live on Indiegogo and ends on 14th January. Interested? The target for the Reflect Eternal has already been surpassed – at the time of going to press (and with 29 days of crowdfunding to go), Early Bird 54% off pre-orders at £54/$75 are sold out.

JBL and Exeger anticipate an October 2020 release date and, refreshingly, are using the comments section on the crowdfunding site to gauge feedback and potentially even tweak the design. That means, should you back the campaign, there's a possibility that your desires and issues now might be addressed by the time you get to put them on your ears...

Best JBL Bluetooth speakers: Which speaker should you buy?