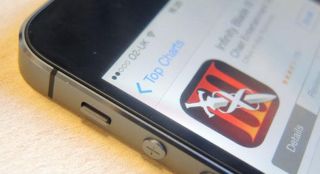 Tim Cook, CEO of Apple, will take to the stage at the Flint Centre in Cupertino, California (where Steve Jobs launched the original Macintosh) at 6pm UK time on Tuesday, for Apple's biggest launch event yet. With some 2,500 people in attendance, Cook is widely expected to reveal the iPhone 6 and Apple's first wearable device, most likely the 'iWatch' smartwatch.

With some analysts predicting Apple could sell a record 10 million iPhones in the week following the launch - up on 9 million following the launch of the iPhone 5S and 5C - and Apple preparing to produce some 80 million handsets by the end of 2014, the juggernaut that is the Apple iPhone shows no signs of slowing down.

So what do we expect to see?

It looks most likely we will see two new iPhone models, one with a 5.5in screen and one with a 4.7in screen - a noticeable leap in size from the existing 4in displays of the iPhone 5S and iPhone 5C.

A sapphire glass screen, slimmer profile, thinner bezel, improved camera and better battery life all seem predictable upgrades. A faster processor and the inclusion of the upgraded iOS 8 software are a given, too.

Recent reports suggest stand out features will include the addition of NFC to an iPhone for the first time, bringing one-touch connection to compatible devices and the possibility of mobile payments - potentially a key iPhone 6 feature. The recent controversy surrounding iCloud security could however mean any plans for Apple to take care of your finances get a frosty reception in some quarters.

Apple will no doubt also show us more of iOS 8, the latest incarnation of Apple's iOS operating software, with features such as HealthKit and HomeKit likely to play big roles in the iPhone launch. HomeKit is Apple's move in to smart home automation and could have a big impact on the future of the connected smart home.

Analysts also expect to see the long-awaited and much-rumoured 'iWatch', Apple's entry in to the burgeoning smartwatch market. Rumours of an Apple smartwatch have taken the focus away from an 'Apple iTV', which looks no closer to fruition (though an update to the Apple TV set-top box isn't out of the question).

We'll be interested to see how an Apple wearable device could affect how you use other devices, both portable devices and in your home. If Apple is moving in to a new market, you can be sure the company will want such a device to interact smoothly with existing Apple products.

Could we also see a refreshed iPod range? Perhaps, though Apple has seen sales figures for its iPod Touch and extended iPod family dwindle in recent years, so it's no longer a key area of focus for the tech behemoth. iPads? More likely, though two new iPhones will probably be more than enough for one event.

Rumours abound, not least in interested in audio circles, that Apple could make its entrance in to high-resolution music. How about an iTunes streaming service, complete with CD-quality streams or even high-res audio?

Apple's purchase of Beats Music certainly gives them a building block in the streaming music market, but at the time of the Beats acquisition Apple was adamant it would keep the streaming service separate from iTunes for the forseeable future.

How about the first high-res audio iPhone? With an increasing number of smartphones coming with support for high-res music, it's far from an outside bet - and would be big news for anyone interested in sound quality.

Could the design and marketing clout of Beats Electronics instead mean new Apple audio hardware? We know all about Beats headphones and speakers, while Apple's failed attempt to enter the iPod speaker market with the iPod Hi-Fi is now a distant memory.

Longer-term, we wouldn't rule out wireless speakers or even a multiroom music system, but it's likely this Apple event has come too soon for any such products.

With U2 rumoured to be performing at the Apple event in California to launch an album tie-in with one of the new devices, it looks there could well be news relating more directly to the music business at the iPhone launch event.

Sadly, some of your most wanted iPhone 6 features look unlikely to come true this time around. Suggested new iPhone features on the What Hi-Fi? Facebook page include "a flux capacitor", "more Android features" and "a teleportation button". At least, "a battery that doesn't need charging every day", is a more achievable aim. We live in hope.

All will be revealed at the Apple event, which kicks-off at 6pm UK time. We'll be reporting live as the news is announced, and look out for hands on first impressions of the new iPhones live on What Hi-Fi? after the event.