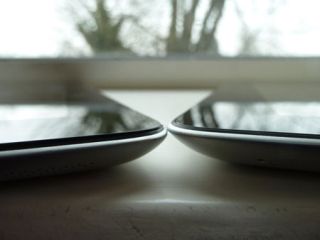 The iPad 5 and iPad Mini 2 will both be released with a new 8 megapixel camera complete with improved lenses, according to KGI research analyst Ming-Chi Kuo.

The rumours suggest that both new Apple tablets will be released sometime in Q4 of 2013 and will have "upgraded 8MP shooters and enhanced lens elements". That's cameras, too you and me.

Kuo has been known for accurate predictions in the past; correctly predicting that the iPhone 5s would come in the new gold finish.

AppleInsider sources also go on to say that the sensors will be provided solely by Sony, which will see the upgrade from 5MP in the previous line of iPads to the new 8MP snapper.

The iPad 5 is expected to be announced on October 15th, with a release date 10 days later on the 25th.