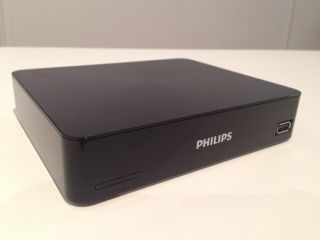 With admirable (if questionable) understatement, Philips has announced its UHD 880 Media Player at IFA 2014 in Berlin. This unassuming little box will allow receipt and playback of HEVC encoded content over the internet, solving what is one of the current 4K TV era's most pressing problems.

MORE: Ultra HD 4K TV - everything you need to know

HEVC is an encoding and compression standard already in use by the majority of the world's online video providers to stream 4K content to their customers. The UHD 880 will be able to receive HEVC-encoded videos via wi-fi, ethernet or USB. Connection to a TV is via HDMI 2.0 at a maximum of 60 frames per second (except for the 7809 and Argos-exclusive 6809 4K models, which top out at 30 frames per second).