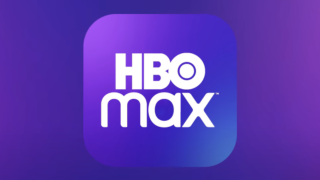 With less than four weeks to go before the launch of HBO Max (it lands on 27th May), WarnerMedia has introduced a promotional pre-order price for the forthcoming video streaming service.

The offer gives eligible subscribers a 20 per cent discount on the HBO Max streaming package for 12 months, making it $11.99 per month compared to its regular price of $14.99. Commit now and you'll get immediate access to HBO Now, before being automatically upgraded to HBO Max on its launch date.

In addition to these restrictions, as noted by Variety, there are “a limited number of subscriptions to this HBO Now/HBO Max promotional offer”. “No free trials will be available during this offer period”, either.

Currently, the HBO Max discount is available only if you pre-order directly through WarnerMedia. Even with the 20 per cent discount, the firm will probably generate more revenue per subscriber than if a consumer pays for the service through its partners – both Apple and Google take a standard 30 per cent app-store cut on transactions, for example.

WarnerMedia is billing HBO Max as "the brand new streaming platform that bundles all of HBO together with even more blockbusters, addictive series and exclusive Max Originals”.

The Max service will apparently include all of the programming from HBO plus a slate of new originals, third-party licensed content like full seasons of Friends and Pretty Little Liars alongside all of the films from Japan’s exceptional Studio Ghibli. In addition, expect movies from Warner Bros., New Line and DC: everything from Joker and Suicide Squad to Casablanca and The Wizard of Oz.