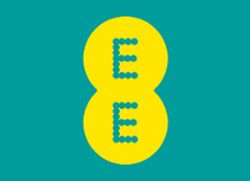 EE has confirmed it will be offering the Apple iPad Mini and new iPad 4 on the UK's first 4G network.

EE's 4GEE network launches on October 30th and promises to offer the two new Apple devices "in the coming weeks".

Both the iPad Mini and iPad 4 will also be offered on Orange and T-Mobile, though HSPA+ and DC-HSDPA will be the maximum speeds on those networks.

EE has confirmed its 4G contract prices for the iPad and iPad Mini tablets below. All the contracts are 24-month tablet plans.

EE is promising "speeds typically five times faster than 3G", based on the average UK 3G speed of 1.5Mbps and an average projected speed of 8-12Mbps on the EE 4G network.

EE announced its pricing plans for 4G mobile phones earlier this week, but as yet has not confirmed tarrifs for the new iPads.