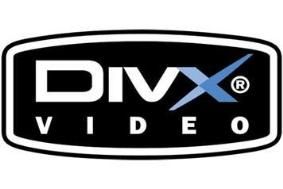 Best known for its video compression software, the company was bought last month by Sonic Solutions (owner of the RoxioNow platform) and has ambitions to tie up with more content providers in the UK.

It has recently signed a deal with Media Markt, a German chain of electronics stores, to deliver VoD films and TV shows.

Malachi Bierstein, DivX's director and general manager for Europe, told whathifi.com the company is keen to do similar deals with the likes of Tesco or Dixons in the UK.

"We don't want people to think of DivX as just a codec, but rather as a media provider," says Bierstein. "Content delivery online is key for the future."

Currently, DivX TV is only available in the US. It's a flash-based app delivering internet content directly to people's televisions or Blu-ray players, and partners include AOL, CNET and Blip.TV. DivX TV is a built-in app on LG's 500 series of Blu-ray players (US models only).

In the UK, DivX has deals in place with FilmOn and Channel Films and is looking to sign up more partners in the near future.

"The advantage of DivX TV is that the user doesn't have to switch on a computer to watch, the on-screen menu is easy to use and adding extra channels is straightforward," says Bierstein.

"We're approaching all the major TV manufacturers with a view to adding the DivX TV app to their products," he adds. "We have the advantage of seven years' experience of embedding our technology into other devices."

As well as expanding its VoD services, DivX is also pushing playback of DivX films on multiple devices using its existing compression technology.

With, it claims, more than 60 per cent of Hollywood films available in the DivX format, and 350 million DivX-certified devices sold worldwide, users can download DivX content to their PC or Mac and transfer the files to a DVD, USB stick or MicroSD card for viewing on TVs, portable devices such as the new Samsung Galaxy Tab or smartphones like the Galaxy S.

There are four versions of DivX compression currently available: standard DivX (.avi), DivX Plus with "DVD-like" features, DivX HD (up to 720p/1080p) and DivX Plus HD (MKV/H.264) "for the ultimate Blu-ray like experience".