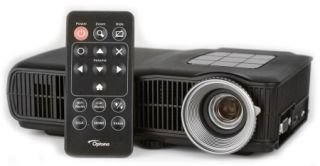 The ML300 and larger ML500 have HDMI and SD card inputs, support for a wide range of video, audio and image files, plus a Microsoft Office viewer that supports the likes of Word and Excel.

Clearly aimed at business users as well as consumers who want somethings small and versatile, the projectors weight just 225g and 1.2kg respectively.

The ML500 boosts the brightness and contrast, has a large chassis, but keeps the same resolution and selection of inputs.

Both have a 2GB internal memory as well as an SD card slot for accessing more content.