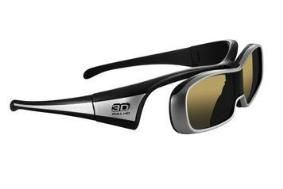 And watch our video report on whathifitv

As well as launching three ranges of side-lit LED TVs this spring, Panasonic will also launch a range of direct LED backlight models in the autumn. No details on the full LED range yet, not even a name.

Most of Panasonic's 2010 TVs have USB connections. Attach an external hard disk drive and you can record from the TV tuner. Watching a demo now using a 1TB HDD.

Day two of the Panasonic European press launch and the company's Bill Foster reckons Sky is doing a full roll-out of 3D TV to pubs in the UK in April. That'll be some time before we get sets in the home.

He says there is no format war: all of the new 3D TVs from all manufacturers will handle all types of 3D signal. He reckons auto-stereoscopic screens (the ones without glasses) are at least five years away.

Frame-sequential 3D (as used by Panasonic) is the only one that offers full resolution for each eye. Broadcasters will go for the more affordable side-by-side type of 3D, which will reduce resolution by 50 per cent.

Official presentations have now finished for the day, so off back to the hotel to write up the full blog, with tech specs and pictures, which should be online later this evening.

A lot of you are asking how much the DMP-BDT300 3D Blu-ray player will cost. We want to know too. Nothing official yet, but we've asked Panasonic UK's head of PR to find out. It sounds like it will be released sometime in May, at the same time as the first 3D telly. We'll post the price as soon as we know.

Panasonic's TX-P50VT20E 3D TV is expected to cost around £2000 and will include two pairs of 3D glasses. Additional pairs will cost £100 each, the same as Sony's.

If you buy a Panasonic DMP-BD85 Blu-ray player for the spare room, you can stream the recordings from a Panasonic HDD recorder in the lounge directly to it. We like.

OK, the presentation's ending now. Time to get hands-on with the products. More to follow... we'll be posting a blog with lots of pictures, UK prices and full technical specs later today.

Tetsuro Homma on stage talking about Panasonic's Blu-ray authoring capabilities. He says the first 3D Blu-ray film will be a Panasonic one.

No UK-specific prices or street dates yet. May have to wait for the product demos after the presentation. Stay tuned!

Mamoru Yoshida is now introducing the concept of the Digital Hearth. Ah yes, seem to remember we heard about this last year. It's all about creating a centralised, connected digital space in the home.

Moving on to Blu-ray all-in-one home cinema systems. The Panasonic SC-ZT2 is a Full HD 3D system with tallboy speakers.

Samantha Woods, head of 3D TV at Orange, has just arrived on stage. Interesting. Where's this heading? They're producing and testing 3D broadcasting over the web, but initially in France only it seems.

New partners planned for VieraCast web portal, including movies on demand. You'll be able to rent or buy them, and have a copy on your PC. Skype will be fitted to Viera TVs for video calling owners of other Viera Skype tellies. The system cab be used to voice call Skype computer users, too.

Now unveiling the first 3D TVs in 50in and 65in sizes. Look pretty. You can see pictures on our Twitter feed. They are the TX-P50VT20E and TX-P65VT20E, and can decode all 3D formats. Slim design and metallic brown finish, which looks better than it sounds.

Fabien Roth, senior marketing manager for TV, on stage to give us the 2010 Viera TV highlights. Panasonic will introduce its first LED-backlit televisions this year.

Three LED ranges, Europe only: D25 range is a slim design. D28 is similar to the D25, but with photo-frame design and iPod connections on the smallest models.

Next up Hirotoshi Uehera, Director of Panasonic's TV business, to discuss 3D. He's predicting a "3D revolution at home" with increasing popularity in 3D movies and TV at home. As you'd expect.

He says Panasonic's 3D system generates 120 frames per second, 60 for each eye.

The new NeoPDP panels have a higher response time and less crosstalk, making them better for 3D, says Uehera. New technologies in the NeoPDP panel include Infinite Black Pro, which gives a claimed 5,000,000:1 contrast ratio.

The company is investing heavily in energy efficient technologies. Its partnership with Sanyo is designed to help with that.

And it's aiming to establish a dominant market position with cameras-to-TV screen 3D solutions.

Now being shown a video on the history of 3D. Apparently it dates back to the 1850s, don't you know.

And we're off! Laurent Abadie, CEO and chairman of Panasonic Europe, is up on stage. He admits 2009 was a tough year, but says Panasonic's market share has gone up. Claims the company has 39.3% of the plasma market and the DMP-BD60 is the best-selling Blu-ray player in Europe.

There's no wi-fi in the conference centre! So we'll be relying on our trusty iPhone and Edge 3G connection to bring you the latest news. Presentation due to start in 15 minutes. Hang on to your hats...

Panasonic's 2010 European product launch will begin in Munich at 12 noon GMT today, February 16th. We'll be reporting live from the event, bringing you regular updates on all the forthcoming 2010 Viera TVs, Blu-ray players, home cinema systems and the firm's plans for 3D TV.

The company will prove its commitment to Freeview HD and Freesat HD with the launch of no fewer than 23 compatible high-definition TVs for this year.

What we know so far is that there will be nine plasma models fitted with both Freesat HD and Freeview HD tuners, ranging in size from 37in to 65in, and nine LCD models with dual HD tuners, from 32in to 42in.

Panasonic is making big claims for its 2010 NeoPDP plasma technology, boasting that the new models will have "higher efficiency, better image quality and lower power consumption" than last year's models.

They have newly-developed plasma panels that use a new filter, new discharge gas, improved phosphor and redesigned cell structure.

Since Pioneer pulled out of the plasma TV market, Panasonic is believed to have hired many of the engineers who worked on the legendary Kuro series, so it will be interesting to see if the 2010 Panasonic plasmas deliver the step-up in performance promised.

We'll be bringing you regular updates here on whathifi.com throughout the day, with all the tech specs, UK prices and availability dates, and for instant, breaking news, follow us on Twitter.