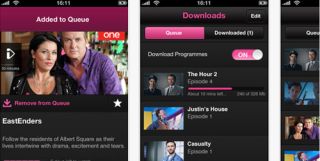 Troubled by the black bars on the BBC iPlayer app on your iPhone 5? Then you'll be glad to know an update has been released today that brings full-screen iPlayer performance to iPhone 5.

The new 2.0.2 version of the iPlayer app for iOS is now built for full iPhone 5 enjoyment. There are also updates to performance on the iPad, with new 'More' and 'Live channels' buttons.

You can also now make a direct cable connection from your iPhone to your TV and enjoy the iPlayer app on your main screen. This feature was previously blocked on iPhones and only available on the iPad app.

There are also a few bug fixes in the latest version in to the bargain.

You can download the new iPlayer app for iOS on the iTunes Store now.