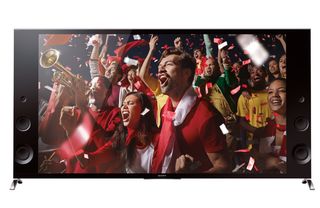 But new research from The Diffusion Group (TDG) has suggested that short-term demand for 4K TV is still being hindered because of two reasons: one, a "lack of awareness" among consumers and, two, "sensitivity to the costs" of 4K sets.

It has already been suggested that Ultra HD 4K remains some way off becoming the TV norm; video streaming service Netflix has already made 4K content available but believes it will be five years before it becomes a mainstream format.

TDG's research supports the assertion by Netflix, with more than 80 per cent of adult broadband users either unfamiliar or completely oblivious to the format – something that will impact on manufacturers looking to sell 4K TVs.

The research underlined how demand "evaporates relative to price", with a $500 (£290) increase causing a 50 per cent drop in demand from those who said they were moderately or highly likely to purchase a set costing $1499 (£878).

TDG president Michael Greeson said: "This explicitly quantifies just how poor the demand for Ultra HD 4K televisions actually is, and clearly demonstrates that current prices are too high to stimulate new sales.

"This is not to suggest that price is the only variable at play in the decision not to purchase a new Ultra HD 4K television. Nonetheless, it is two-to-one the primary reason cited by those unlikely to purchase a new set."

Of course, efforts are ongoing to bring Ultra HD 4K to more people: trials of live 4K broadcasting were carried out by the BBC at the 2014 World Cup, as well as by Sony working in partnership with FIFA.

The BBC is also planning to showcase live 4K broadcasts of the Commonwealth Games to the public at Glasgow Science Centre this summer, while Japan has also launched test broadcasts that are using satellite technology.