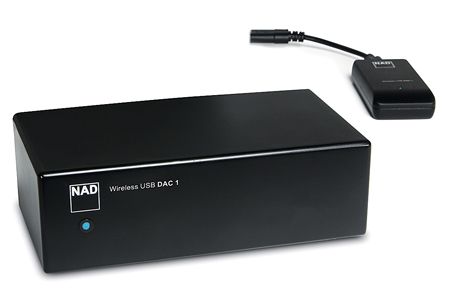 A wireless USB DAC is a great idea; and this interpretation is a good effort

NAD’s DAC 1 is a wireless digital to analogue converter. Just plug the USB transmitter into your laptop, connect the DAC box to your hi-fi via a set of analogue interconnects, and off you go. There are no other inputs.

This unit will stream up to 16bit/48kHz files, which will be fine for most people but excludes those who use higher resolution music files, of course.

For the most part, the NAD performs well. There’s a fair degree of sparkle to the likes of the Nirvana Nevermind 20th anniversary remaster and a decent amount of insight
into Tchaikovsky’s 1812 Overture.

The presentation’s scale, authority and fluidity are good considering the price point.

There’s a slight electronic edge and a hint of thinness to higher frequencies, but in a well-balanced set-up this won’t be too much of an issue.

Don’t be quick to judge this aspect of sound: our sample took well over a week before these weaknesses reduced to an acceptable level.

Given NAD’s reputation for top class budget hi-fi it would have been fair to hope for some special kit. The DAC 1 isn’t outstanding, but it could be a useful solution for many.

See all our DAC Best Buys