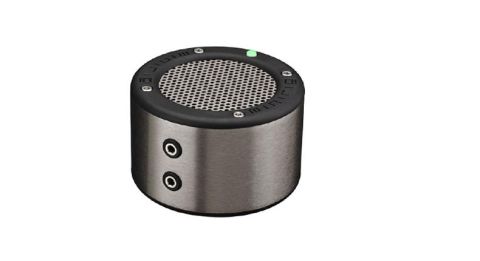 This is a small speaker with solid sound, but it doesn’t surpass established rivals

When you think of wireless speaker brands it’s unlikely that Minirig is among the first to spring to mind.

Eventually, the company moved into the world of audio, resulting in the first Minirig, a portable sound system, being developed around seven years ago.

Since then, the Minirig range has expanded to three products: an updated version of the original Minirig, called the Minirig 2 (£130), a subwoofer called the Sub 2 (£130) and the company’s latest product, the Minirig Mini.

The Minirig Mini weighs just 314g and is about half as tall as a coke can and just a little wider. Hidden inside its small frame is a 52mm speaker, with a 15W amplifier driving it.

Minirig claims you’ll get approximately ten hours of battery life from the speaker before it needs charging again, with a full charge taking two to three hours.

The Mini feels well made, but isn’t the most attractive wireless speaker we’ve seen. It gives off an air of utilitarianism in contrast to the more vibrant aesthetic of kit such as the Ultimate Ears Wonderboom.

It also means that, while significantly smaller than the competition, it’s not quite life-proof.

Its body is made of anodised aluminum, available in a range of colours, which Minirig says is splash resistant. This is a step down from being totally-waterproof, but a suitable trade in exchange for a 3.5mm connection.

There are two 3.5mm jacks on the Mini – one for low gain, one for high gain – so you can get the most out of a wider range of sources.

You can also connect the speaker over its Bluetooth connection, and to its credit, the Minirig Mini is aptX compatible with ‘CD-like’ 16-bit/44.1kHz audio.

You can link two phones to the Mini, configured via the companion app (iOS or Android). The app lets you pair it to another Minirig speaker (in stereo or mono configurations), as well as managing playback and giving you access to a mute button.

All this works relatively well, and although the app isn’t quite as stylish as some of those from rival companies, it is very straightforward. There’s little room for confusion in using any of the controls.

After a few days of running in, we get down to testing by pairing it with a MacBook Pro and an Astell & Kern Kann hi-res personal music player, and streaming lossless music using Tidal.

The midrange is where the Mini performs best; playing California by Grimes the Mini recreates her breathy vocals quite clearly and with a good amount of detail.

Subtleties such as the breaths Grimes takes before particular lines, the natural sibilance of her words, or the hints of modulation throughout the track, are revealed.

This speaker even manages to provide an element of dimensionality. At the beginning of the song, her lyrics are front and centre, but when they take a backseat, becoming echoey and open, the Mini conveys the change well.

There’s also a fair amount of punch in the bass, which means the deep, weighty, booms that kick the song into action are given their due – thumping their way into our medium-sized testing room with gusto.

The low beats are balanced well against the rest of the frequency range, though; playing Radiohead’s The National Anthem, the squeals and parping brass ensemble that takes control in the middle of the song are matched judiciously against the low-pitched bass guitar and Thom Yorke’s ghostly vocals.

But when the music becomes a little more intense, the Mini struggles somewhat. Playing Jacques Offenbach’s Orpheus In The Underworld, the trills towards the end of the score – contrasted against quieter, smoother notes – sound restrained, rather than leaping up to propel the song towards its exciting climax.

Some of those upper-midrange notes are also harsher than we would like. They have an unnaturally coarse cutting edge to them, which leaves you recoiling a little at each draw of the violin’s bow. This is only exacerbated at higher volumes.

Compared to similarly-priced products, such as the Ultimate Ears Wonderboom, it isn’t quite as insightful across the board. We’d like more texture to each instrument, so this speaker can really show off the shimmer of cymbals or the throbs of bass guitars.

Yes, the Wonderboom is bigger than the Minirig Mini - it's about twice the size, in fact - but it is still very small in its own right and is certainly very portable. In short, we think that someone eyeing-up the Minirig Mini could and should also consider the Wonderboom, and the latter finds a sweeter spot between size and sound quality.

The Minirig Mini is an interesting proposition: the stark design will be appreciated by some, its small stature will be attractive to the space-conscious, and the sound is solid.

What makes the Mini difficult to recommend, however, is that some (admittedly larger but still very portable) rivals have both significantly better audio quality and greater versatility.

With some of these competitors coming in at an equivalent or even lower price, it means that, in terms of performance for pound, we are left wanting more for a little less.