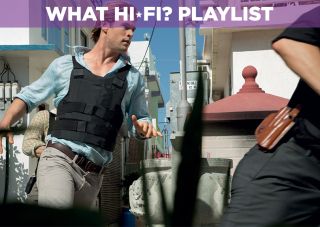 It's been a long time since we had a great film from Michael Mann. Blackhat is his first since Public Enemies in 2009, but unfortunately it's another misfire from the director.

The story – which carries some real-world relevance in the aftermath of the Sony hacks – starts with a hacker infiltrating a Chinese nuclear reactor and sending it into meltdown. It's no isolated incident as the Soy Futures market on the US stock exchange is also attacked. What links them together?

Enter Chris Hemsworth's handsome hacker Nick Hathaway. Freed from jail to assist the investigation after his code is used in the attack, he becomes part of an American/Chinese taskforce charged with tracking the hacker down.

It wouldn't be a Mann film without his usual trademarks - whether it's bureaucracy getting in the way, overly masculine characters or visuals that err towards edgy realism. But despite this, it's surprising how little of the film feels real, or even particularly interesting.

The story comes across as rote, buried beneath a barrage of tech verbiage and stilted dialogue. The muscular, pulpy delivery that was once a hallmark is stilted and tin-eared here. In one scene Hathaway utters "I did the crime, I do the time, the time doesn't do me" and we roll our eyes so far back we almost fall off our seat.

The studied cool of Heat or even Miami Vice is missing too. The tension that made The Insider so gripping replaced by a flaccidness and predictability. At times Blackhat looks, feels and sounds like a Mann film. At others it's like someone is doing a lacklustre impression of one.

For a film where a click of a button could end up causing chaos, the plot isn't as compelling as it should be . The villain is a disappointment, his ideology extending not much more than just getting paid.

The performers struggle to take what's on page and turn it into something that doesn't feel like a cliché or a cypher. Hemsworth's Hathaway doesn't compel and a budding romance between him and Wei Tang's Chen Lien is hampered by her halting English.

Mann has always been a romantic but this relationship feels like an obligation. The two actors are thrust together in a way that feels contrived. Sparks don't fly, they barely even fizzle.

On the A/V front it's a mixed bag. Mann's search for plausibility in his digital photography throws up some diverse results. At times Blackhat looks fine, the natural light creating a sense of atmosphere whether it's day or night. Day scenes are clearer if muted in the colours compared to the richer, vibrant night scenes and detail is solid, though not particularly eye-catching.

There are some scenes - a restaurant fight in particular - that feature a lot of noise and motion blurs. Mann seems happy but the effect can be jarring and distracting.

The DTS-HD MA 5.1 on the other hand is uneven. Gun fights, as ever, are punchy, realistic and loud as shots reverberate around the room. It's a nice, spacious soundstage whenever there's action. The dialogue though, is disappointingly muddled. It can be clear and audible in one scene, yet frustratingly hard to hear in the next. At times we had to rewind just to hear what a character said.

Mann has done this before, so if it's a deliberate tactic it's not one we're fond of.

We were hoping Blackhat would see Mann back on form. This kind of story would have been a good match for his kind of intellectualism and gritty style, but the end result is disappointing. Any relevance or realism is countered by the direction, weak dialogue and regrettably vapid romantic plotline.

There are thrilling moments every now and then, a gunfight in a sewer being a highlight, but otherwise it doesn't live up to the director's own high standards.

Buy Blackhat on Blu-ray at Amazon