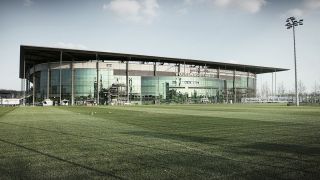 This is a big moment for Borussia Dortmund. The season's biggest game is just around the corner and they cannot afford to slip any further behind. Wolfsburg vs Borussia Dortmund is yet another in a long line of must-wins for BVB if the Bundesliga trophy is to have yellow and black ribbons this year.

Lucien Favre will be without Marco Reus and Axel Witsel once again but Dortmund were still on imperious without the first-choice pair in last weekend's demolition of Schalke. Emre Can and 17-year-old attacking midfielder Gio Reyna are back in contention alongside Jadon Sancho, with the Brit bidding to make the starting line-up supporting the young phenomenon that is goal-machine Erling Haaland.

Wolfsburg will be no pushovers, though. The Wolves are on a seven-game unbeaten streak and their top goalscorer Wout Weghorst is back from suspension. They'll have to make do without club captain Josuha Guilavogui or midfielder Yannick Gerhardt both of whom are injured.

You can scroll down to find out how to access Wolfsburg v Borussia Dortmund live streams in the UK and USA, but if you're trying to access the match while stuck outside your country, this is still going to be a problem. Streams from abroad will be geo-blocked, meaning the service will know your location based on your IP address, and will automatically block your access – even if you’re a national of that country.