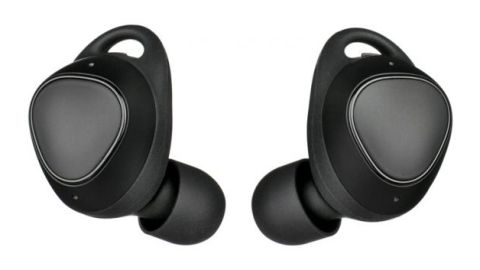 The Gear Icon Xs throw Samsung's previous headphone form out of the window - not only do they boast a lengthy feature list, but they're talented performers too

But there’s little value in being coy when you've probably already seen the star rating at the top of this review, so we should impress early on just how pleased we are with the performance of these Gear Icon X true wireless in-ear headphones.

Irrespective of sound quality, you can usually rely on Samsung in terms of the build quality of its products and the number of features they pack in.

And while we’ve come to expect high standards from the Korean firm, we are also impressed by how well these Gear Icon Xs are designed. Aesthetically, they have an unassuming elegance we always covet in a pair of earphones.

In terms of features, we can’t help but admire their extended battery life – though Samsung’s claimed seven hours is reduced if you’re streaming from your phone, or if you’re using all of the Gear Icon X’s on-board features and marvellously consistent, fuss-free connectivity.

The series of taps and presses used to control functions such as playback, track skipping and volume level is intuitive, while the built-in Running Coaching feature – which logs your time, distance and burned calories in conjunction with Samsung’s S Health app – meshes the Gear Icon X further into your routine than any competitor.

Our favourite feature, though, is the 3.4GB internal memory - you can store up to 1,000 tracks in case your phone runs out of power (or if you want to leave it at home).

In Samsung’s world, true wireless means untethering even from the invisible leash of Bluetooth’s limited range.

But even so intelligently designed a product does not warrant our recommendation on that basis alone. For us to fully get behind the Gear Icon X, sonic performance has to be special too.

And it is a musical performance. However, we should start by explaining the reason why the Icon Xs aren’t getting five stars: there are some rough edges.

While the balance of the frequency range is among the finest we’ve heard in a pair of true wireless in-ears, there is coarseness through the midrange and treble - especially at higher volumes - that tends to rankle after a prolonged period of listening.

It is by no means migraine-inducing, but it is noticeable from the off and impossible to ignore.

However, in just about every other area the Gear Icon Xs’ ability is absolutely commendable.

Playing Kraftwerk’s The Man-Machine, for example, they dig out synth textures like a Time Team excavation, expressing the precise rhythmic patterns with a fine sense of timing and dynamics.

So neutral a balance, combined with an impressive amount of space, gives us access to each musical element.

And there’s a generous amount of bass weight to support it all, with care also having been taken to keep the low-end delivery agile and lean.

All told, the Award-winning Sony WF-1000Xs are a step up, adding some extra punch, clarity and an even stricter sense of timing.

Though in absolute terms they’re the same price, their spec sheets are so different it’s difficult to make a direct comparison across the board.

So if Samsung has piqued your interest with all the tech crammed into its Gear Icon X earbuds, we’d heartily recommend you seek a pair out for an audition.