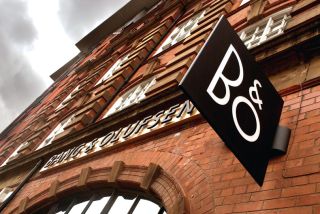 The starting point for us this week [10th December] is the news from B&O that it is to open some new retail stores in the UK as it eyes further expansion in both the British and Danish markets.

According to the Telegraph, there will be four dealer-run locations in Leeds, St Albans, York and Battersea – in addition to a further two company-operated outlets located in London. The one you can see pictured is in Newcastle.

US company Freescale has announced the introduction of what it claims to be the "industry's first 15W Qi-compliant wireless charging solution" – and it has been designed for larger devices.

To think of Grooveshark might be to think of a music service that hasn't necessarily always seen eye-to-eye with the music industry in years past, given the number of legal battles it has fought.

But now the service is coming to the table in 2015 with a new internet radio service, according to Nasdaq. It'll launch with Grooveshark's "first compliant app" and will cost 99c a month in the US.

Save A Speaker with The Vamp

Around 10,000 hi-fi speakers a month are sent to a major UK recycling centre, with many others finding their way to a landfill site or incinerators – but now one campaign wants to save them.

The Vamp transforms any speaker into a portable Bluetooth speaker, and each Vamp purchased between now and 15th December will come with one of these otherwise doomed speakers.

BioSport in-ear headphones – the result of a collaboration between SMS Audio and Intel – have been made available just in time for the Christmas market, with a price tag of $150.

That means the buds come in at around £100, with these headphones incorporating 'advanced' technology that serves up high-quality audio, while gathering "actionable data" on your fitness.

A new portable speaker that claims to "instantly amplify your phone's sound" has been unveiled, with wireless technology used to connect the device to your mobile device.

Vimeo is now reportedly letting Pro subscribers of its on-demand platform to offer downloads of their films in 4K – but it remains "pretty early" for a streaming equivalent, according to Gigaom.

A lack of devices that are capable of streaming Ultra HD content is one of the main reasons for that decision, although Vimeo CTO Andrew Pile told Gigaom the new iMac could change that.

MORE: 4K Ultra HD TV – reviews, news and everything you need to know

Last week (Wednesday Wrap, 3rd December), we told you about the 12,300 limited edition PS4s that had been manufactured by Sony - complete with the grey livery of the original PlayStation to mark 20 years of the iconic games console.

The special console is due to go on sale in the UK imminently for £400, with US stocks snapped up in no time at all - in fact, CNET has reported how one console attracted a bid of $20,000 on eBay over the weekend.

MORE: The history of Sony PlayStation