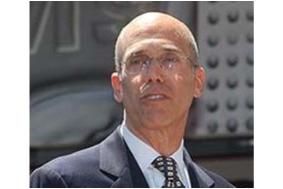 Speaking at the 3D Entertainment Summit, which has just wrapped up in Los Angeles, Katzenberg said that while "it will be a number of years before you get to deep penetration, we still will see a robust market that will begin to emerge in 2010.

"All the major manufacturers are aggressively rolling 3D products beginning next year.”

His comments come on the heels of the Blu-ray Disc Association's announcement that it will complete a standard specification for 3D HD discs and hardware by the end of this year, and plans by Panasonic and Sony, among others, to launch home-use 3D Blu-ray players and TVs in 2010.

How much is 3D worth to you?
However, it remains to be seen whether consumers will pay the higher prices 3D-capable players and TVs, and of course 3D Blu-ray discs, are likely to carry. Research carried out in the States suggests the majority of consumers wanted to pay less than $200 (less than £125) extra for a 3D TV.

3D discs without the premium
The same research also paints a gloomy picture for those studios hoping to command premium prices for 3D Blu-ray disc releases, even though Blu-ray player owners were more interested in upgrading to 3D than those currently only having standard-definition systems. In the survey, 61% of all respondents said they'd pay no more than a couple of dollars extra for a 3D version, while a third wouldn't pay any premium.

But the consumer electronics companies remain bullish, with Panasonic America's Eisuke Tsuyuzaki saying the expectation is that significant numbers of 3D movie-goers will want to repeat the experience at home. Meanwhile Pioneer's Andy Parsons expects that 3D capability will rapidly become a standard feature on all Blu-ray players.

Blu-ray, not 3D, is the 'killer app'
But even among the strongest advocates of 3D at home there remains some sense of proportion: Chris Fawcett of Sony America told the conference that “I think Blu-ray is actually the killer app for HD television.

"Anything we add to the feature side of Blu-ray is something we hope the consumer is attracted to.”

And Pioneer's Andy Parsons says that the backwards compatibility built-into the BDA's proposed standard, ensuring 2D versions of content are included on 3D releases, is vital

Why? Because even if the whole world goes 3D, existing owners of BD players and HD TVs will be able to upgrade, should they wish, at their own pace.