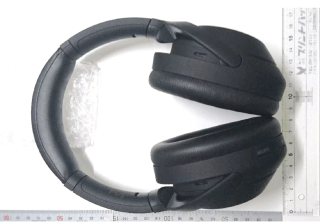 Need some good news this Monday? Try this: you're probably looking at the first images of the Sony WH-1000XM4 wireless headphones – Sony's follow-up to the excellent, What Hi-Fi? 2019 Award-winning Sony WH-1000XM3.

It's fair to say that we've been waiting on the Sony WH-1000XM4s for quite some time. An FCC filing seen back in December had us all primed and ready for a big CES unveiling of the wireless over-ears, but Sony's newest failed to show.

Thanks to these images (first seen by Twitter user Everton Favretto  and shared by Anatel, Brazil’s version of the FCC) the wait could soon be over.

As reported by The Verge, the Anatel filing also includes a user manual which hints at healthy updates in the new model, including Bluetooth 5.0 (up from 4.2) and 40 hours of wired playtime with noise cancelling on full (up from 36 hours) although it's important to note that the document is very much in draft form and as such, said specs should be taken with a healthy pinch of salt.

That said, there's also a tantalising new mention of a feature called "speak to chat", which might mean the ability to summon your voice assistant of choice by saying a wake word. (Currently, you need to press a button on the WH-1000XM3s to access your voice assistant.)

We should stress that Sony hasn't actually announced an official release date for the WH-1000XM4, or even confirmed that these images are legitimate.

If the photos do prove genuine, however, the XM4s look really rather similar to the XM3s in terms of design aesthetic, which may hint at a price point of $349 / £300 / AU$499 at launch, in line with both the popular XM3 model and its older sibling, the five-star WH-1000XM2.

As soon as Sony makes its announcement, you'll be the first to know. In the meantime, it might be wise to keep your eye out for deals on the WH-1000XM3s, if you're interested in a pair of top wireless headphones...