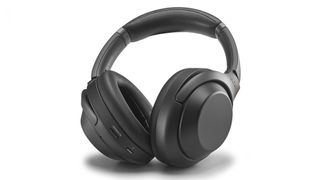 The Sony WH-1000XM3s (pictured top) are arguably the most successful pair of headphones in recent times. The premium wireless noise-cancelling headphones have won back-to-back What Hi-Fi? Awards since they arrived on the scene in 2018 – even amidst the arrival of Sennheiser and Bose newcomers.

While ultimately not as great-value as the Sonys, those pricier rivals have brought sound and noise-cancellation advancements respectively, which begs the question: when will Sony's next pair be with us?

Hopefully soon. Sony Corporation submitted a FCC filing on the weekend for the 'Wireless Noise Canceling Stereo Headset WH1000XM4' (as spotted by The Verge), strongly suggesting the successors indeed are on the way.

The FCC ID code is officially 'AK8WH1000XM4', but the last numbers often refer to the product name. Apart from the name, the filing gives nothing away – no images or specs. If the range's history is anything to go by the WH-1000XM4s will look similar to their predecessors, but it'll be interesting to see how Sony moves the design forwards in terms of sound and features.

With CES 2020 just weeks away, Sony could well use the world's biggest tech stage to unveil them on. The company has a tendency to launch major products at the biggest annual tech shows, although it seems unlikely it will wait until September's IFA, which is where the WH-1000XM3s were revealed.

CES 2020 preview: what to expect from the world's biggest tech show