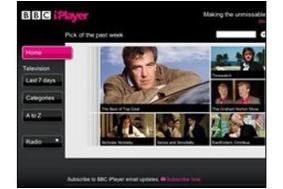 Research by Talkback Thames parent company Fremantle Media apparently suggests viewers would be willing to pay up to £2 for certain shows.

But the BBC says it has no plans to introduce such a fee. "The cost of the BBC iPlayer is covered by the licence fee, so UK users have already paid for this service," says a BBC spokesperson.

The BBC spent £6m developing the iPlayer, which launched on Christmas Day 2007. It has since become a huge hit.

But with most broadcasters now offering online catch-up TV services, and with traditional advertising revenues falling in the commercial sector, there is growing support for charging for it.

Would you pay to watch the BBC iPlayer? Let us know what you think.