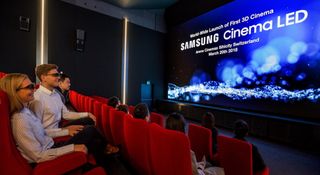 Following the installation of Samsung’s Cinema LED screen in theatres in Korea and China, the first 3D-ready version (announced at ISE 2018) has opened at Arena Cinemas’ Sihlcity theatre in the Swiss city.