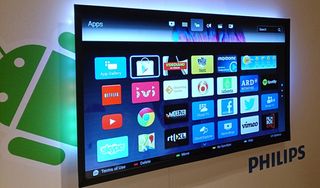 Philips has entered into an agreement with TPV Technology to sell its remaining 30 per cent stake in TP Vision – the TV joint venture created between the pair back in 2011.

The terms of the original TP Vision deal saw the Dutch electronics group effectively give up control of TV manufacturing, with TPV licensing the Philips brand name on its sets.

It has now been confirmed that a term sheet has been signed for the transfer of Philips' outstanding shareholding in the joint venture, with completion expected later this year.

A brand licence agreement between Philips and TP Vision is set to remain in place, but the minimum annual royalty due to Philips has been reduced from €50m to €40m.

Philips CEO Frans van Houten was quoted as saying: "We are creating the right set-up for the business to be successful in the extremely dynamic and competitive TV market.

"By giving TPV full control, they can drive synergies and act in a faster and more flexible way to changes in the market. Together with TPV, we remain committed to making the TV business a success, with a range of innovative Philips-branded TVs."

The news comes just a fortnight after it was revealed at CES 2014 that Philips would be launching its first smart TVs powered by the Android operating system this year.

Users of the new Philips Android TVs – the first Android TVs from a European brand – will be able to access the Google Play Store's range of apps, games and more.

"Android OS helps with speed and performance… smart TVs need to operate the way a smartphone or tablet works. Previously our performance hasn’t been strong enough," he told whathifi.com.

TP Vision told us the layout of the Philips Android TV wasn't the finished article, but we were suitably impressd by its prospects that it was one of our Stars of CES 2014.