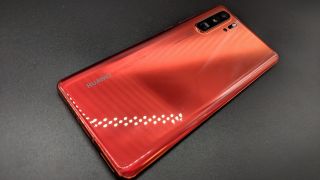 Huawei, the world's second-largest producer of smartphones, has been barred by Google from future upgrades to the Android operating system. The ban means that new Huawei models may not have access to some Google apps like Youtube, Chrome and Maps nor, critically, the Google Play Store.

The motion comes after the Trump administration added Huawei to its "entity list" on Wednesday 15th May – a list of firms American companies cannot do business with, unless they have a licence. However, since then the US Commerce Department has softened its stance slightly, allowing Google to continue working with Huawei until 19th August, according to Reuters.

Existing Huawei smartphone users will still be able to update apps, including Google Play services, and it should give Huawei time to implement the Android Q update on its current handsets. But when Google launches its newer version of Android next year it might not be available on Huawei devices – a blow for the Chinese company.

According to Bloomberg sources, chipmakers such as Qualcomm and Intel have told their employees they will not supply Huawei until further notice. While the absence of crucial Google software would naturally be a big blow to Huawei and its customers, the restriction of vital hardware components would surely be the proverbial coffin nail.

The UK has yet to impose any formal ban on Huawei (it will be allowed to build some parts of the UK's 5G infrastructure), but both the US and Australia have effectively blocked Huawei's involvement in their 5G networks, with New Zealand barring the company from supplying one mobile network with 5G equipment.

Several countries have raised concerns that the company's technology could be used for spying, an allegation Huawei emphatically denies.

As reported by the BBC, Huawei chief executive Ren Zhengfei spoke with Japanese media on Saturday. Issuing his first comments since the restriction was imposed, he said: "We have already been preparing for this"

Android released this statement on Twitter today: "For Huawei users' questions regarding our steps to comply with the recent US government actions: we assure you while we are complying with all US government requirements, services like Google Play and security from Google Play Protect will keep functioning on your existing device."

And Google told our sister title TechRadar: “We are complying with the order and reviewing the implications. For users of our services, Google Play and the security protections from Google Play Protect will continue to function on existing Huawei devices.”

We'll keep updating this story as it develops.