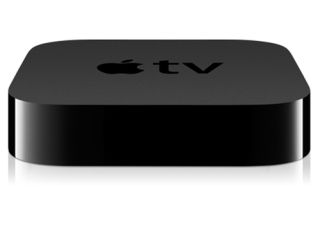 After the Apple iTV rumour mill seemed to spark back into life earlier this week following a bit of a lull, the latest reports reaching us from the other side of the Atlantic suggest that developments might well be stepping up a gear.

Bloomberg claims that Apple is planning to unveil a new Apple TV set-top box as early as April, with Apple holding negotiations with Time Warner Cable and other "potential partners" to secure new video content for the service.

It follows Wall Street Journal reports that the Cupertino tech giant was working on its very own content delivery network, which could be used for pushing out video content. Apple TV also now features as a full product line in its Online Store.

According to Bloomberg, Apple wants to have its new TV set-top box in shops ahead of the Christmas holidays. But that release date may be subject to change while Apple ties down deals with distribution and programming partners.

The suggestion is that the new device will plug into a television set and have a faster processor than its predecessors, while an upgraded interface will make it easier for viewers to navigate between TV shows, movies and more.

If Apple does secure a deal with Time Warner, it will expand the number of live TV channels available to Apple TV customers. At present, there are only a limited number of channel apps like Disney, ESPN and HBO.

Reports that a new set-top box is on the way, however, would seem at odds with thoughts – or even predictions – that a purpose-built Apple TV was on the way. Apple has suggested we will see a range of new products this year, but does that extend to a set-top box and a smart TV?