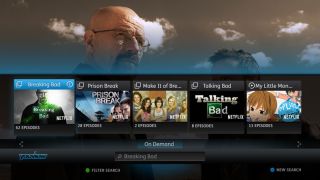 It was reported earlier this year that Netflix would be available on YouView boxes by the end of 2014, and today [4th November] that promise has been fulfilled. The addition of Netflix means it's the first pay-per-view service from a competing company to appear on YouView boxes.

The update is available today for BT and Humax boxes, and will come to TalkTalk and Huawei boxes in early 2015. BT YouView box owners who subscribe to BT Broadband and TV deals can pay for Netflix via their BT bill; a world first for Netflix. TalkTalk customers can visit talktalk.co.uk/netflix to register their interest in the streaming service.

Netflix won the Product of the Year for Best Video Streaming Service at the What Hi-Fi? Awards thanks to its ease of use and vast library of content. This includes TV box sets such as Homeland and The Originals as well as Breaking Bad and House of Cards. The latter two are available in Ultra HD 4K but only if you have a compatible 4K TV to access the Netflix 4K app.

YouView currently offers access to on demand services such as BBC iPlayer, 4OD, ITV Player and Demand 5 along with NOW TV from Sky and Sky Store.

Bill Holmes, head of business development at Netflix, said: “We’re very excited to bring the Netflix app to YouView boxes and hope to make it even easier for Netflix members with YouView to watch Netflix on their television sets.”