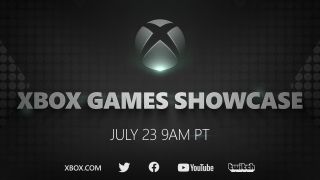 Microsoft has announced a Xbox Series X games event for 23rd July. The online showcase will start at 5pm BST / 12pm ET / 9am PST, with a 'pre-show' kicking off an hour before.

Microsoft presented an official Xbox Series X gameplay live stream in May, where it showed 'gameplay' footage from a number of new third-party titles including Assassin's Creed: Valhalla. Viewers were told to expect a reveal of first-party titles from Xbox Game Studios (home of the Halo, Gears of War and Forza franchises) in July 2020 – so this will be the event lot of Xbox fans have been waiting for.

This is when Microsoft should take the wraps off its biggest launch title, Halo: Infinite. We're also expecting an appearance from CD Projekt Red's Cyberpunk 2077, and perhaps a look at next-gen versions of Gears and Forza.

It's widely believed that Xbox's May games reveal was well and truly overshadowed by the Sony PS5 and PS5 Digital Edition launch that followed in June, so we're all expecting one heck of a show. Could we hear and see more of the Xbox Series X, its features and accessories? How about an Xbox Series X price? Will we finally get a glimpse of the disc-less Xbox Series S at the event?

Our fingers are crossed - the countdown has begun!

Best Xbox One games for picture and sound