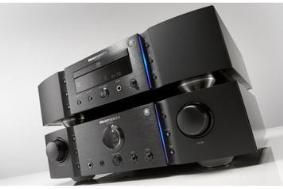 This uses an SACD-M10 drive mechanism with a Xyron loader, while the digital-to-analogue conversion is Cirrus Logic's CS4398. The player also has selectable digital filtering and an optical digital input to allow other sources to be connected through the DAC.

In addition, buyers of the KI Pearl products will also receive a limited edition book, and an SACD produced by Ishiwata specially for the Pearl anniversary.

The KI Pearl products will be launched to the public at the Munich High End Show later this month, and will go on sale soon after. You can find out more about them, and the story behind them, at the special KI Pearl microsite.

Click here for a behind-the-scenes look at the launch of the KI Pearl duo, and the chance to win a very exclusive KI prize.