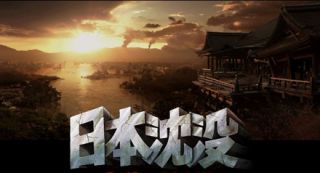 There was a disaster movie of a few years back called Nihon Chinbotsu – literally Japan Sinks – which a) beat the much more famous 2012 to the jump, having been released in 2006, and b) doesn't look so far-fetched after the earthquake and tsunami of March 2011.

But the major problem in Japan, at least now the clearing of debris from the March disaster is now underway, is not that the country is sinking under the sea, but that it's being dragged down by the strength of its own currency.

And that's putting three small but vital words – 'Made in Japan' – under huge threat.

All of which is disastrous for Japan, Inc.: quite apart from the worldwide economic slowdown, and the effects of the March disasters on demand, manufacturing capacity and even energy supply, the strength of the yen is making everything Japanese ridiculously expensive to sell overseas.

Export markets are depressed, and want consumer goods cheaper to stimulate demand, while at the same time the yen means every product sold overseas should either be much more expensive, or is bringing fewer yen back home.

Not so long ago, the big Japanese consumer electronics companies were making financial forecasts based on the then-unthinkable high yen rate of Y100/$; Sony and others are now making profit – well, more accurately loss – predictions for the current financial year based on Y75/$.

And it seems whatever the Japanese government does to torpedo the currency and bring it back down to a sensible level, the yen immediately bounces back; vast amounts of taxpayers' money wasted, to no avail.

The effect? Well, the yen, which was trading at Y75.3/$ on Monday, today sits just below Y78/$. In other words, eye-watering amounts of money have been used to relatively small effect.

As reported by Japanese financial news organisations such as The Nikkei (left), where the big effect is happening, of course, is in the factories and boardrooms of some of Japan's biggest companies.

Tthe past week or so has seen our news pages reporting losses, factory closures and more, as companies fight to cut away loss-making business groups such as those making televisions – or even worse, the LCD panels used in those TVs – and try to move the money into areas where, despite the strength of the yen, they can at least make some money.

All of which means manufacture of so many 'Japanese' products is now increasingly moving overseas, to plants in lower-cost countries. Japanese companies have done this for a while, and your product is much more likely to be made in China, Thailand or Malaysia these days, rather than in Japan.

But things are going further, as some famous Japanese names look toward a 'fabless' future, striving to become more like the poster-boy of consumer electronics, Apple.

It develops ideas and models, designs and markets them, but all the manufacturing is carried out by third-party companies – the electronics manufacturing service providers.

In other words, the likes of the massive Foxconn Technology Group/Hon Hai Precision Industry, the world's largest maker of electronics.

A million staff, and almost all the big names

Foxconn employs getting on for a million people, makes the iPhone and the iPad, and is the largest exporter both in China and the Czech Republic, where it has factories. As well as Apple, the list of companies for which it manufactures includes Acer, HP, Dell, Nintendo, Nokia, Microsoft and Sony Ericsson.

In the fabless future, which is where Sony is seen by many to be going, the Japanese company designs and engineers, markets and sells the products, but it contracts out actually making them to one of these massive manufacturing combines.

Over the past 20 years Sony has almost halved the number of factories it has in Japan, from around 40 to 23, and only seven of those remaining actually make finished products – the rest make components.

This year the percentage of Sony TVs made by outside contractors broke through the 50% barrier –last year it was 20% – and other companies are turning over their Japanese production facilities to development and service functions, or changing the product mix at their plants to items more likely to make a profit.

By last year, imports had overtaken exports, and this year it's expected the consumer electronics deficit will reach at least Y200bn (£1.6bn).

For Japanese consumers, it's a matter of seeing less of that 'Made in Japan' labelling, and getting used to some unfamiliar brand-names on the shelves, as Chinese and Korean electronics companies endeavour to grab some of the market-share.

For the Japanese consumer electronics industry, the effects could be much more far-reaching than many can even imagine, as the lights go out in factories all over the country...