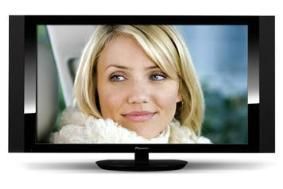 The products now on sale will be its last TV line-up.

The company says it "will terminate any further in-house display product development after its products currently available on the market, and withdraw from the display business by March 2010."

Instead, Pioneer is planning to "transform itself into an enterprise centred on the Car Electronics business". While it will continue to develop home electronics products, these will be "centered on three areas, namely audio products, DJ equipment and cable TV set-top box businesses.

"We will focus on our specialisation in 'sound,' as we take advantage of our extensive audio technologies and expertise developed over the years to develop new business domains."

A spokeswoman for Pioneer UK has confirmed that Pioneer will continue to manufacture its own Blu-ray players, AV receivers and all-in-one systems, and that the new models scheduled for launch this summer and autumn will be released as planned. But the current G9 plasmas will be the company's last.

Pioneer is looking closely at the possibility of a joint venture in the optical disk business, and is "in talks with other manufacturers" about working together on the development of future Blu-ray products.

Display resources switched to in-car
Resources in the display sector will be switched to in-car development, and the company is taking a long hard look at its optical disc business: "we are considering measures for improving profitability, including forming a joint venture," it says.

Factory closures
The company had already announced plans to stop in-house production of plasma displays at its facilities in the UK and USA – the UK operation finishes this month, the USA in April.

Furthermore, it's planning to reduce its overseas production companies by about 30%, suggesting that as many as ten of the current 30 could be axed.

Having already reduced its full-time workforce by almost 6000 to just under 37,000 during 2008, Pioneer now plans another reduction on the same scale this year. Similarly, in addition to the 4000 temporary staff lost last year, the company will lose another 4000 in 2009.

The restructuring plans, described by the company as "drastic", come as Pioneer announced losses of 26.147bn Yen (around £205m) for the last three months of 2008, compared to compared to a profit of £13m for the same period in 2007.

£1bn losses forecast
It's predicting a net loss for the 2008-9 financial year of Y130bn (or just over £1bn), against 2007-8 losses of about £141m. Much of this is down to a near 50% drop in operating revenue as a result of lower sales of plasma TVs, DVD drives and audio products, and the continued strength of the Yen on world currency markets.