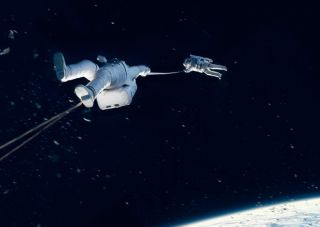 With Atmos considered to be the next big innovation in home cinema sound, film studios are delving into their back catalogues for movies to release on the format - and we think the immersive soundtrack of Gravity should make for a pretty good fit.

We've seen the film in Atmos a couple of times and it sounds fantastic, and with home cinema manufacturers upgrading their speakers and AV receivers to handle the new format, we're hopeful this is a new, exciting step for home cinema.

There will also be a 'Silent Space version' of the soundtrack, which removes Steven Price's score to allow fans of the film to experience it "without music for a surprising cinematic experiment".

The Diamond Luxe edition of Gravity is set for release in the US on 10th February of next year. A date for the UK release has not yet been announced.