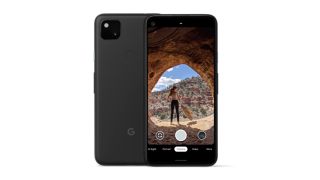 The Google Pixel 5 could be released as soon as the end of this month. After a series of delays, Google's next flagship smartphone has officially passed through regulatory certification and is good to go.

According to 9to5Google, the US tech giant has officially registered both the Pixel 5 and the more affordable Pixel 4a with the FCC authority. That's a pretty significant event as it's typically the final step before a manufacturer releases a new phone.

The development ties in with a previous tip from tech analyst Jon Prosser who claimed that the Pixel 5 launch date would be the 30th September. The founder of Front Page Tech has a decent track record, too, having correctly predicted that the Pixel 4a would launch on the 3rd August.

So far, Google has confirmed that the PIxel 5 will arrive "this fall" and not much else. But if the latest leaks are on the money, the Pixel 5 is going to be pitched as an 'affordable' flagship phone. Google is said to have kept costs down by opting for a mid-range 5G chip and ditching the gesture-based motion-sensing tech introduced on the Pixel 4.

If all that comes to pass, it's fair to say the Pixel 5 is unlikely to trouble the Apple's first 5G phone, the iPhone 12, which is rumoured to be state-of-the-art.

Finally, if the Pixel 5 does launch at the end of this month we could be treated to a feast of other Google products, including an Android TV streaming dongle and a follow up to the Google Home smart speaker.

Fancy pocketing a Pixel 5? It's expected to be made available in the US, Canada, UK, Ireland, France, Germany, Japan, Taiwan, and Australia and rumoured to be priced from $699 (about AU$999) – a whopping $300 less than a Samsung Galaxy S20.