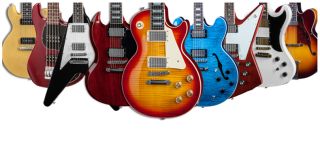 Yesterday, Gibson filed its chapter 11 bankruptcy protection in the US, with a plan to re-focus its attentions on the musical instrument and equipment business under the new ownership of – and $135m (£99m) loan from – its new lenders.

The Nashville-based company is $500m (£367m) in debt, which it largely blames on poor sales in its consumer electronics division.

To that end, Gibson will look to wind down its consumer audio arm, which for years has included Philips' audio brand and TEAC. Other affected brands include KRK Systems, Stanton and Cerwin Vega.

Brian J. Fox, a managing director at Alvarez & Marsal (set to be Gibson’s chief restructuring officer), said the electronics business had become "trapped in a vicious cycle in which it lacked the liquidity to buy inventory and drive sales," according to a Bloomberg report.

His court statement outlines how Gibson has been able to reach arrangements with major constituents to its musical instruments business, but not its consumer electronics arm.

We are awaiting a comment from Gibson about the fate of the brands under its audio umbrella, however TEAC has issued a response to the news on its website.

While the company won’t comment on how the restructuring will impact the relationship between it and Gibson, it has posted the following: ‘the possible impacts on the day-to-day operations of TEAC are estimated to be insignificant. While Gibson owns a majority interest in TEAC, TEAC operates autonomously from Gibson including suppliers, distribution channels, customers, legal agreements, bank and financial arrangements, human resources and personnel. TEAC develops and executes its own business strategies and is responsible for the results. TEAC will continue its business operations as normal while Gibson is working through its restructuring.’

SME brings Garrard audio brand back to the UK​

The 15 best turntables of What Hi-Fi?'s lifetime