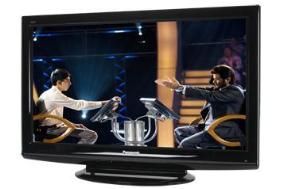 Reevoo.com analysed data from 60 of the top online electrical retaiers in the final quarter of 2008 and found that plasma's market share more than halved from 22 per cent in October to just 8 per cent in December 2008.

"Flatscreen TVs are now almost ubiquitous in sitting rooms in British homes, meaning that purchasers are more likely to be buying smaller second room TVs for the kitchen or bedroom," says Reevoo.

"Falling consumer spending on non-essential items is also having an impact, with shoppers choosing smaller, cheaper LCD TVs rather than larger plasmas."

Boost in popularity for smaller LCD TVs
Over the Christmas period Reevoo.com tracked a boost in popularity for LCD TVs with a screen size smaller than 26in. This category's share of the market more than doubled between September and December 2008, rising from 15 per cent to become the largest TV category with 35 per cent of the market in December.

Plasma has long been the favourite of home cinema aficianados, with a consistently higher rating for image quality. But LCD has been closing the gap, and in January 2009 that gap became almost non-existent, with the average LCD and plasma screen being rated 8.9 out of 10 by Reevoo.com's sample.

Plasma TVs are cheaper than LCDs
And contrary to popular opinion, plasmas are not more expensive than LCDs, with the cost of a 42in plasma averaging £525 in 2008, £22 cheaper than an equivalently-sized LCD.

Sam Bostock, category manager for televisions at Reevoo.com, says: "Shoppers shouldn't mourn the passing of plasma. Customer reviews prove that LCDs perform just as well as plasmas, and the great thing is they're more environmentally friendly too."

Reevoo backs up that statement with a claim that a plasma screen on average uses 50 per cent more electricity than an equivalent LCD, so shoppers can save £38 a year by switching from plasma to LCD.

Mmm, that's a bold claim, especially as plasma manufacturers such as Panasonic have gone out of their way to reduce the power consumption of their 2009 model screens.

And the latest figures we've seen from industry analysts Gfk show that 100,000 plasma screens were sold in December 2008, still a significant number. We don't reckon plasma is dead just yet.

As for LCD picture quality, the more vocal members of our Forums will no doubt have much to say about that issue. So let us know what you think.