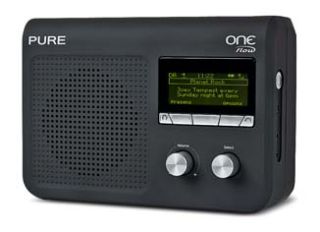 We're taking part in the Westminster eForum on the Future of Radio today, and the debate about the switchover to DAB is hotting up. Here are the highlights:

• Andrew Harrison, CEO of RadioCentre, says speculation about the future of digital radio is totally fanciful while DAB coverage is non-existent in some areas

• Five people have spoken so far, and not one yet is pro-DAB. We hope the Government attendees are listening

• It's all kicking off now at the Digital Radio conference – DAB manufacturers are fighting back against the naysayers. Stats are flying

• Rather disturbingly, no-one seems to have definitive figures on DAB uptake/use

• Meanwhile, in the Commons MPs are debating killing off BBC local radio

• Don Foster MP says: "I am unremittingly excited and optimistic about digital radio, and can't wait for a switchover date"

• Ford Ennals is speaking now, Q&A to follow, plus a larger discussion on who's going to pay for digital switchover

• Paul Eaton, director of radio at Arqiva, says: "DAB will cost no more than analogue and 25% fewer transmitters will provide greater coverage"

* The analogue radio networks are full, so if we're going to go anywhere, it's got to be digital. Worst scenario is paying for both, according to Arqiva

• Mark Friend, BBC: "We will have 93% DAB coverage by the end of 2011, including all motorways and A roads. We are now focusing on weak spots and trying to fix them. We can't just rely on internet and analogue for radio to remain relevant."

He thinks that a decision about the date of analogue switchoff should be made at the end of 2013; will then be clearer if 2015 is a realistic timescale

• The BBC is spending £50m a year on DAB content and distribution: other investment will have to come from Government and commercial broadcasters

• Digital Radio UK says it's seen an integrated in-car DAB converter for all FM radios, but won't say from whom, which means no need for dashboard boxes and extra aerials. Our betting's on Pure...

• Talking of which, Pure says it's important to avoid radio merely becoming another app on a smartphone; DAB devices/services have to remain relevant to new listeners

• Age UK says only radios that are future-proofed should continue to be sold. And there should be clearer consumer labels such as the digital TV 'tick' symbol

• William Rogers, CEO of UKRD, says: "The DAB switchover is a shambles; it's incompetent and inept, with irresponsible promises made." This is getting interesting!

• If a public outcry can stop the closure of BBC 6 Music – which has less than a million listeners – what's the reaction going to be when the Government says it's going to switch off FM?

• According to RAJAR, 21 million people listen to DAB radio every week for at least 15 minutes

• Don Foster MP, vice-chair of the Parliamentary Commercial Radio Group, admits he hadn't considered that consumers might be confused by DAB vs DAB+. Rather worrying

OK, that's it for now from the eForum on the Future of Radio, although heated discussions are continuing outside the forum.

Let us know what you think, either in the comments box below or join in the debate on our Forums.