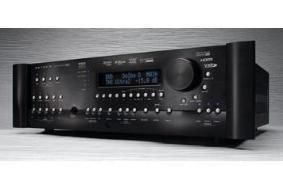 Partnering this will be the P5 multichannel amplifier that offers 500W across each of its five channels.

Low frequencies will be delivered by the Signature SUB 25, which is powered by 3000W of Class D amplification.

You'll be able to hear these amps and speakers in action in the Executive Lounge on the Conservatory floor of the Marriott City Centre Hotel, Bristol, this weekend.