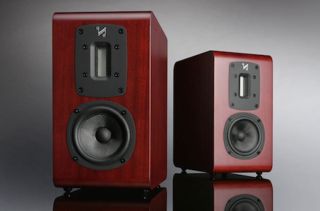 Now into its 79th year, Quad is celebrating with the launch of its brand-new speaker range: the S Series. The new line is being released this spring and is being exclusively revealed at the show.

The S Series incorporates a specially-designed ribbon tweeter and consists of two stand-mounts, two floorstanders and a centre speaker for multi-channel systems. Prices start at £600 per pair.

MORE: Read all our Quad reviews and news

Located in the Old Vic Suite of the Lower Ground floor at the Marriott City Centre Hotel, Quad will be giving you the chance to be among the first people anywhere to hear the S Series in action.

MORE: Bristol Show 2015 – news, exhibitors and all the details

Also making a debut at the Bristol Show 2015 is Quad's Artera range. Official details are scarce at this point, but here's what we know so far. It comprises a CD player with a built-in pre-amp, and a matching power amp. A streaming component will follow. Each component will cost around £1500. The range is due to land this autumn.

In addition to these two Quad unveilings, the company is also showcasing the latest components, amps and speakers from sister brands including Audiolab, Luxman, Mission and Wharfedale.