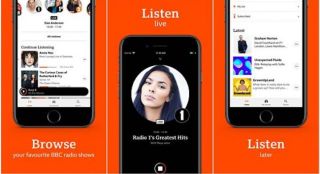 BBC live radio stations won't be available on the popular TuneIn platform from 30th August. The change comes as the British broadcaster continues to tighten its control over its content.

In a blog post, the Beeb says it requires third-party platforms to provide data so it can identify market gaps, learn what content people like and create more personalised, tailored experiences – something TuneIn doesn't do.

"When we make our programmes available via third parties, we ask that those platforms either allow you to sign into your BBC account – or provide us with meaningful data directly. Unfortunately, TuneIn doesn’t do either of these, so we couldn’t reach a data sharing agreement with them," the post reads.

TuneIn's own press release notes that the move "is driven primarily by the BBC’s efforts to standardize how listeners in the UK access BBC stations, which unfortunately, is something we are unable to accommodate at this time".

Will your device be affected?

Of course, most devices can alternatively access the radio stations on the BBC Sounds website and app, as well as the BBC iPlayer Radio app.

Alexa-powered speakers can access BBC radio through the BBC's Alexa skill, while Google Assistant speakers and the Apple HomePod can listen through Chromecast and AirPlay respectively.

The stations all feature on DAB digital radio too, of course.

BBC stations will be pulled from TuneIn on the majority of devices, then – but not all, with the BBC stating that streams are "only coming off TuneIn on platforms where an alternative way of listening is easily available". Older audio devices offering a TuneIn-powered radio service, therefore, won't be affected.

Sonos speaker owners too will be spared from the change – at least while the BBC explores alternative access options.

BBC 4K iPlayer: everything we know about UHD on the BBC