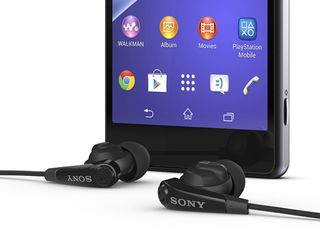 The BBC is looking to ways to deliver binaural audio from headphones, which will offer its listeners a "truly immersive experience" through the use of two or more microphones to record sound in 3D stereo.

The tests are being carried out by the corporation's Research and Development team, with 10 members of the BBC Philharmonic Orchestra recently surrounded by a slew of microphones placed at differing heights and distances.

Meanwhile, another binaural recording technique – 'dummy head recording' – is also being explored. An artificial human head is made from specially selected acoustic materials to reflect characteristics of a real human head. Two microphones are then placed at the eardrum locations .

Chris Pike, a senior scientist in the BBC R&D team, says the dummy head technique wasn't as effective as first thought. Instead, six-channel surround-sound recordings can be altered with software to create a more realistic 3D sound – similar to software used in 5.1 home cinema systems.

The BBC also wants to further its research by developing a head-tracking device that alters audio perspective, depending on where the head is facing or tilting.

Other companies including Dolby and DTS have released binaural sound products and the BBC itself has released two programmes that feature binaural sound. In these instances, existing loudspeaker surround sound was manipulated into binaural audio.

Some industry experts, however, have criticised the use of 3D binaural sound. Hugh Robjohns, technical editor of Sound on Sound magazine, claimed it to be "the usual meaningless marketing nonsense, to sex up the impression of binaural sound".

The BBC has yet to make significant steps in bringing binaural audio up to broadcast standard. It does, however, hope 3D sound succeeds where 3D video has struggled.