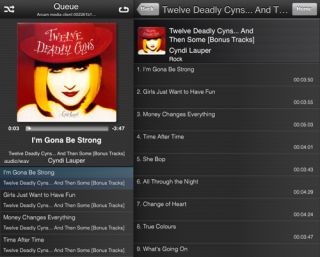 Arcam has launched the latest version of its free SongBook app for iPad and iPhone, which now provides full Universal Plug and Play (UPnP) support for the airDAC.

The new SongBook app also updates the UPnP streaming for eight other Arcam devices – all of which feature the manufacturer's network streaming music player.

In addition to the airDAC, the SongBook by Arcam app can be used with AV receivers including the AVR750; the AV888 pre-amp processor; and Solo Neo one-box system.

The app is designed to give you full control of the media player found in Arcam's network-based system, and lets you playback content stored on mobile and desktop devices.

AWARDS 2013: Apps and services – the winners