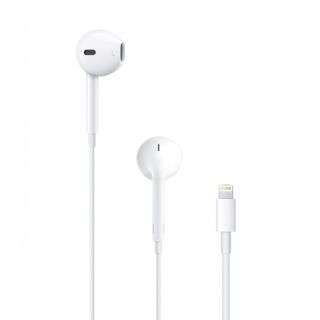 Apple has ditched the analogue 3.5mm headphone jack in favour of pushing punters towards Lightning headphones, using an adapter or buying wireless headphones - and this has thrown-up more than a few questions.

One such query was how Apple would manage the business of converting your digital music into an analogue signal. Could the iPhone 7 Lightning connection now take analogue audio? Or was there instead a DAC inside the new Apple Lightning EarPods? And what about the £9 Lightning-to-3.5mm adapter for standard headphones?

And now it has been confirmed, as we figured must be the case, that both the EarPods and the adapter do have their own DAC. Vietnamese website Tinthe as done a thorough 'teardown' of both bits of kit and revealed two different DACs, most likely made by Cirrus Logic.

MORE: Everything you need to know about the iPhone 7 and Lightning headphones

Apple has also today confirmed to What Hi-Fi? that the adapter does indeed have a DAC. How well other headphones will work with the Apple adapter remains to be seen, from sound quality to any in-line controls, not to mention how good the Lightning EarPods will sound in their own right.

Look out for our in-depth reviews coming soon.