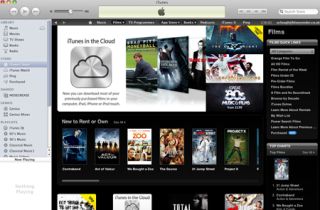 Apple has brought its iTunes in the cloud film service to the UK, Ireland and 38 other countries, following its launch in the US last year.

The service lets subscribers watch films bought on iTunes through their iPad or iPhone, downloading them from the cloud when required.

Apple says it has secured rights deals with major studios including Universal, Warner Bros, ABC-Disney, Fox, Paramount and Sony Pictures to make films such as Sherlock Holmes and Bridesmaids available from today.

Rivals such as Google and Amazon have yet to agree rights deals with the Hollywood studios to allow cloud-based storage of films in the UK.