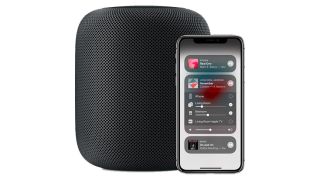 Apple didn’t mention the HomePod at its recent iPhone launch, but there is some news about the smart speaker: it’s about to get access to thousands of live radio stations.

The radio stations feature will launch on HomePod on 30th September, according to Apple’s product page (as spotted by 9to5Mac).

Called Siri live radio, it will give the HomePod access to over 100,000 radio stations, including those available on TuneIn, iHeartRadio and Radio.com. You access the stations using Siri, Apple’s voice-controlled personal assistant. Just ask it to play the relevant station, and it will do your bidding.

Some stations have already been enabled in certain countries. But they should all be live by the end of the month.

That’s the good news. The bad? The multi-user mode and music handoff won’t arrive this month, as expected. Instead, they will land “later this fall”.

The multi-user mode will let Siri on HomePod recognise up to six different voices in the home, so it will get to know everyone in the family. It will also personalise its responses. You’ll be able to access each person’s individual music library and carry out user-specific tasks like sending messages and setting reminders.

Music handoff is a music-specific feature that makes it simple to switch between Apple devices. If you’re playing music on your iPhone, just hold it close to the HomePod and you can switch to playing it through the HomePod. A notification will pop up on your iPhone’s lock screen – just accept it to play through the smart speaker.

There’s also another new feature for the HomePod – Ambient Sounds. This lets you play white noise through the smart speaker, including ocean waves, birdsong and rainstorms. At the moment, you have to AirPlay ambient noise from another iOS device to hear them through HomePod, so this feature will make it much simpler.