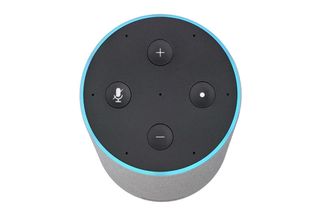 In an update to its Amazon Music app, the tech company has revealed a new feature: Amazon Cast.

As the name might suggest, it works similarly to Google's Chromecast (albeit with more limitations), but as of now can only control playback on Alexa-enabled devices with Amazon Music.

Tapping the 'cast' icon will bring up a list of accessible devices and select which one is playing, allowing you to move between, say, Sonos One, Beam, Echo speakers and some Fire devices.

And...that's it. There's no word yet whether it will be integrated into other streaming services like Spotify or Tidal, and it's unlikely it'll develop to stream video (bearing in mind the Fire TV devices, unlike Chromecast devices, have built-in storage and user interfaces).

Nevertheless, it shows Amazon is looking to expand its ecosystem - building features to compete with other wireless streaming functions such as AirPlay 2 - rather than relying on others. Amazon might not control the smartphone operating system, but it seems keen for users to spend more time within its apps and with its speakers.

All Alexa devices now know where you are (but it's ok)